ETNZ 2010 book at the publisher

Emirates Team New Zealand 2010 by Photos by Chris Cameron | Make Your Own Book
No comments:

Noticed the new Seahorse cover along side a Scuttlebutt e-mail but took a while to register it was one of my shots of Audi A1 powered by All4One from the Cascais MedCup regatta in May.

The shot looked familiar but it has been cropped from a 12 MP horizontal file so I didn't recognize the image initially.


Will have to wait till I get the sales reports to find out which Agency supplied the image to Seahorse.
No comments:

No complaints about the photo boat at the Louis Vuitton Trophy held in Auckland last month.

This beast was my office through out the regatta. Acres of space, tons of grunt and friendly, intelligent non smoking drivers.

A very stable comfortable and dry platform to shoot from. I was even able to use the 600mm while underway. 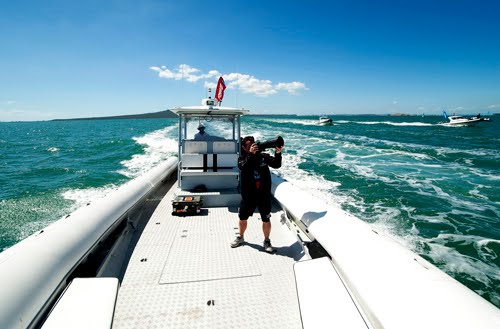 Brutus is the diving tender to Ulysses. Owned by one of New Zealands wealthiest men.
The drivers were really nice guys. Kevin, who is a deck hand and Chris, the captain on Ulysses. 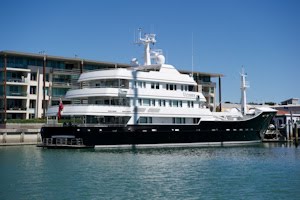 Now we have been this spoilt any thing else will be a disappointment. 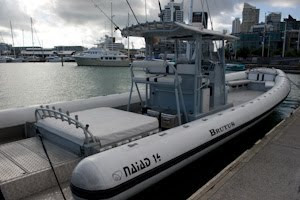 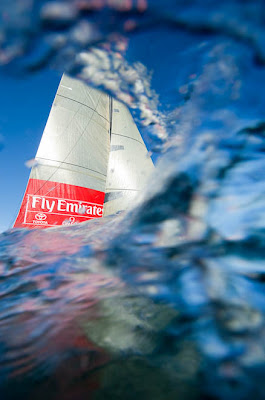 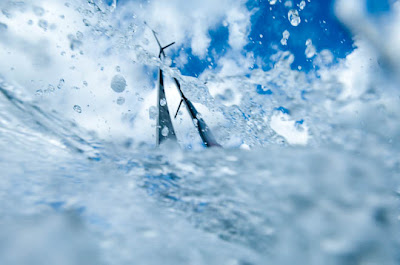 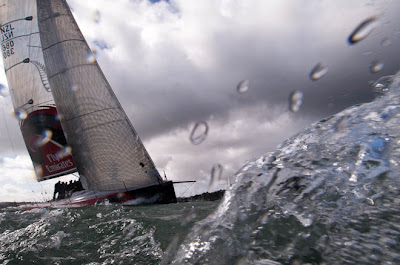 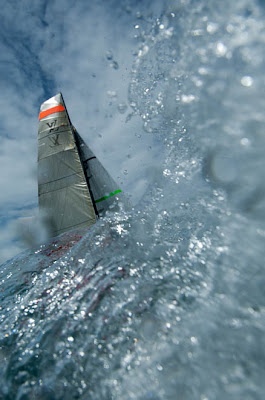 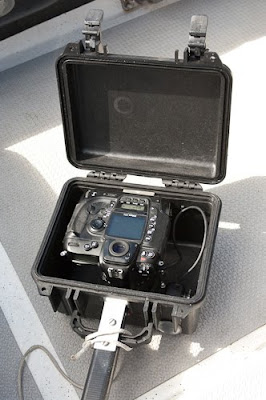 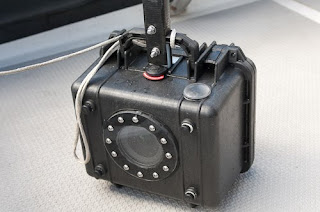 This week I have been playing around with a new home made water proof housing I built from a Pelican 1300 case. 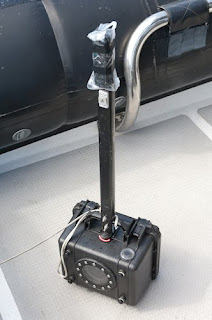 The handle is a piece of a broken carbon fibre main sail batten from an America's Cup Yacht that I rescued from a skip at Emirates Team NZ.
Yet again I was trying to save weight and money by doing it myself.
An Aquatech or similar housing for a D2x can range from US$2000 to US$6000. This setup has cost me around NZ$200 (US$140). Of course it is limited to what it can do. I wouldn't consider taking it diving, but it is perfect for the sorts of shots seen above.
Testing has been pretty successful with the only leak being about 1/2 a teaspoon that managed to force it's way past the lid seal when the case was forced below the surface while doing about 12 knots. Not too surprising.
The camera is triggered by a Nikon IR remote unit through an acrylic window built into the top of the case. The window was turned from an Acrylic bar by an engineer friend who put a thread in so a standard nylon plumbing nut can be used to tighten the outside flange against an o-ring. 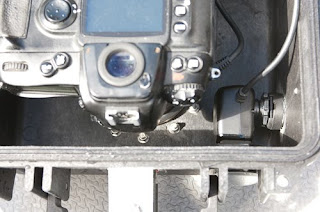 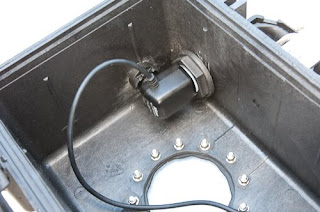 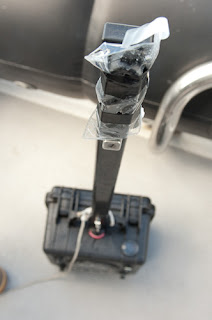 Above you can see the remote in a bag taped to the top of the handle so it points at the trigger window on the case.
I have used Rainex on the lens port to try to keep the water from settling.
It doesn't seem to be working as well as I'd like but it just may mean I need to make sure to wash the salt water off after each dipping.
It takes a bit of practice and a lot of blind firing to get a good shot.
Thank God for digital.
3 comments:

I have been working on this stand for a while now. Have been using the prototype for a couple of years in the field and was considering commercializing it in some way.
However today on the Strobist blog a very similar design by Swedish Photographer Peter Karlsson with an almost identical simpler version has put paid to the idea of patenting the concept.
So in the interest of sharing and giving back I will put my own design out there for people to copy if they want. 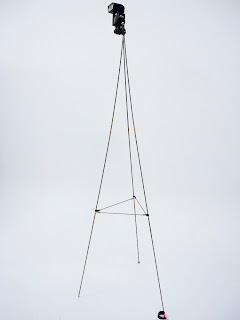 Like Peters stand it uses the light weight tent pole concept of thin tubes held together with bungie cord. Mine has spreaders to separate the legs. The flash is attached to a Kaiser cold shoe flash bracket that rides up and down the stand on a tube over the three legs. This stays in place purely using friction created by the legs being under tension. 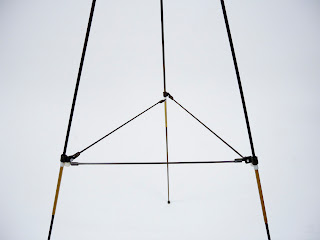 So the flash can go from the top down to the first leg joint.
To go lower I just pull out the lowest leg sections and let them lie on the ground. 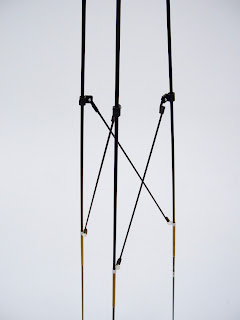 The prototype uses hobbled together hinges made from various model plane bits and pieces.
One end of the spreader slides up the leg to bring the three legs together then the three leg sections can be pulled apart to break the stand down.
This prototype is made from carbon fibre tubes used in kite construction and will support a flash at almost two metres and weighs just 250 grams.
Collapsed it measures 69 cm. 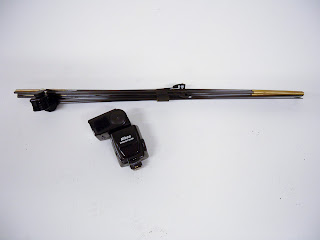 The next version I intend to make will be a five section leg so that the collapsed stand will fit in my Pelican lighting case.
4 comments: